Morning shows extend the day to cope with viewer erosion

CBS is champ of television season for 13th consecutive year 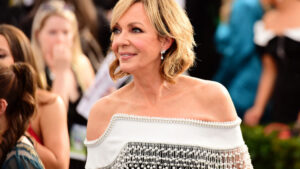 The Chuck Lorre-produced comedy starring Allison Janney ended with her title character in an Alcoholics Anonymous meeting. Anna Farris, who was the series co-star for seven seasons playing Janney’s daughter but left for other projects after last year, did not make an appearance in the finale.

In the quick “vanity card” that appears with the final credits, Lorre wrote, “For 170 episodes, we wrapped jokes around hope … Thank you for your support.”

With another television season winding down, CBS was the most-watched network in prime time last week, averaging 5 million viewers. NBC had 3.7 million, ABC had 2.9 million, Fox had 2.3 million, Univision had 1.29 million, Telemundo had 1.27 million and Ion Television had 930,000.

For the week, the 20 most-watched shows in prime time, their networks and viewerships: